I like to write fantasy for adults, mostly of the sword and sorcery and epic varieties. I’m currently working on two projects.

Book of Spirits
Status: With critique partners
Summary:  When a spirit beast kills Tegrin, he wakes up in his own past, before his city was destroyed. If he doesn’t prevent the city’s fall, he will lose everyone he loves a second time.

Between Darkness and Light
Status: Rewrite
Summary: Áine has resurrected the lost art of magic to protect her mercenary brother, which embroils her in an unseen war between the gods. Too bad she doesn’t do well with authority, not even when the authorities are gods. 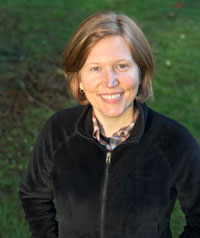 About A. D. Pauli

A. D. Pauli lives and writes in the greater Seattle area with her spouse and two children. Rainy days are her treasures, since sunny days bring outdoor activities and distractions from writing. She has fought (and won) against forest fires, judo black belts, and harrowing work deadlines. Her soul is most at home in the presence of snow-capped peaks, freshwater lakes, and deep forests. Or libraries in close proximity to any of those three things. These places sometimes find their way into her writing (the libraries in particular). While there are many things in her stories that are reflections of her life, the bickering and explosions are not representative examples. Especially the bickering.

Interested in learning when my stories are available? Sign up now—I'll only email you when I have something to announce, and I'll never share your email address.